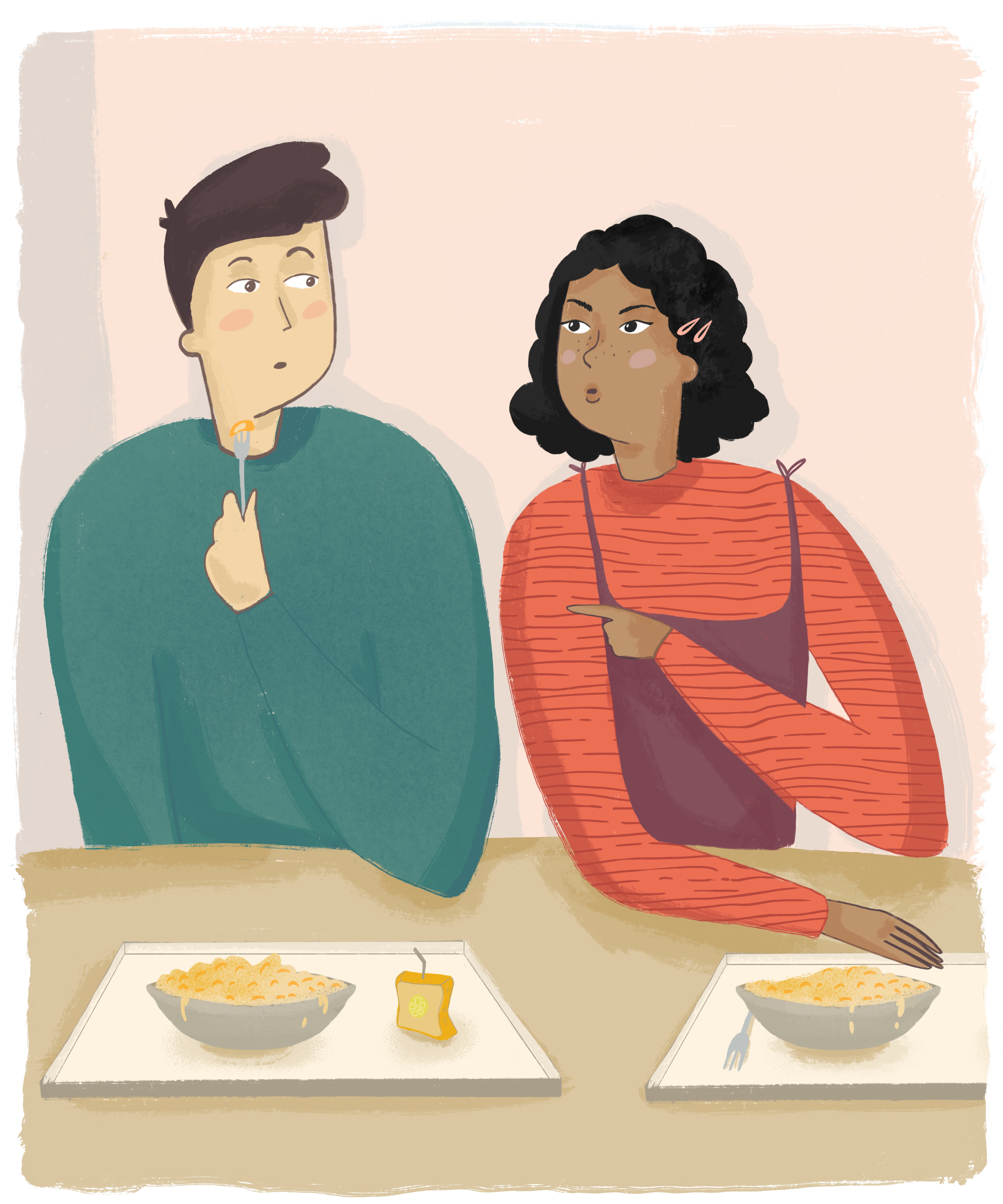 “We had 24 excellent ideas for solving the Manly Man Beef Stew problem,” Ms. Bergson announced to the class Tuesday. “And two excellent ideas for solving the children-in-jails problem.” She paused to look first at Keisha and then at Jack. “Now for part two of the assignment.” The class groaned. Ms. Bergson palmed the air. “Part two of the assignment is to put your plan into action. You may not succeed. That’s okay. I just want you to try.”

Ms. Bergson handed back the assignments. Jack stuffed his assignment deep in the front pocket of his jeans. I only have to do it once and then I’m done, he thought. Nobody even has to hear me.

Keisha cornered him at lunch. She looked at him the way you’d look at a pillbug that had wandered onto your sandwich. “So what’s your plan, Mr. One-Sentence Problem Solver?”

“I asked first,” she said, sitting down.

“It’s stupid,” he mumbled. “I should have done the Manly Man problem.”

“Then why didn’t you?” she shot back.

Jack jabbed his plastic fork absently at the mac and cheese on his plate. “I don’t know.”

Keisha relaxed. She placed her binder on the lunch table. “Okay, I’ll tell you my plan if you show me that scrap of paper you call an answer. I have a lot of work to do. Maybe we can help each other.” Jack grunted, which could have been interpreted as agreement, so Keisha continued. “It starts with a letter-writing campaign to Congress. … “

Lunch was almost over by the time she finished explaining. “All right,” she said at last. “Show me your note.”

“Yeah, show her your note, Jenks,” hissed Mark Farkle from behind Jack.

Jack got up without saying anything and pushed past Mark Farkle.

Jack looked back at her and shook his head once. There was no way he was going to show her that paper.

The story continues next week.