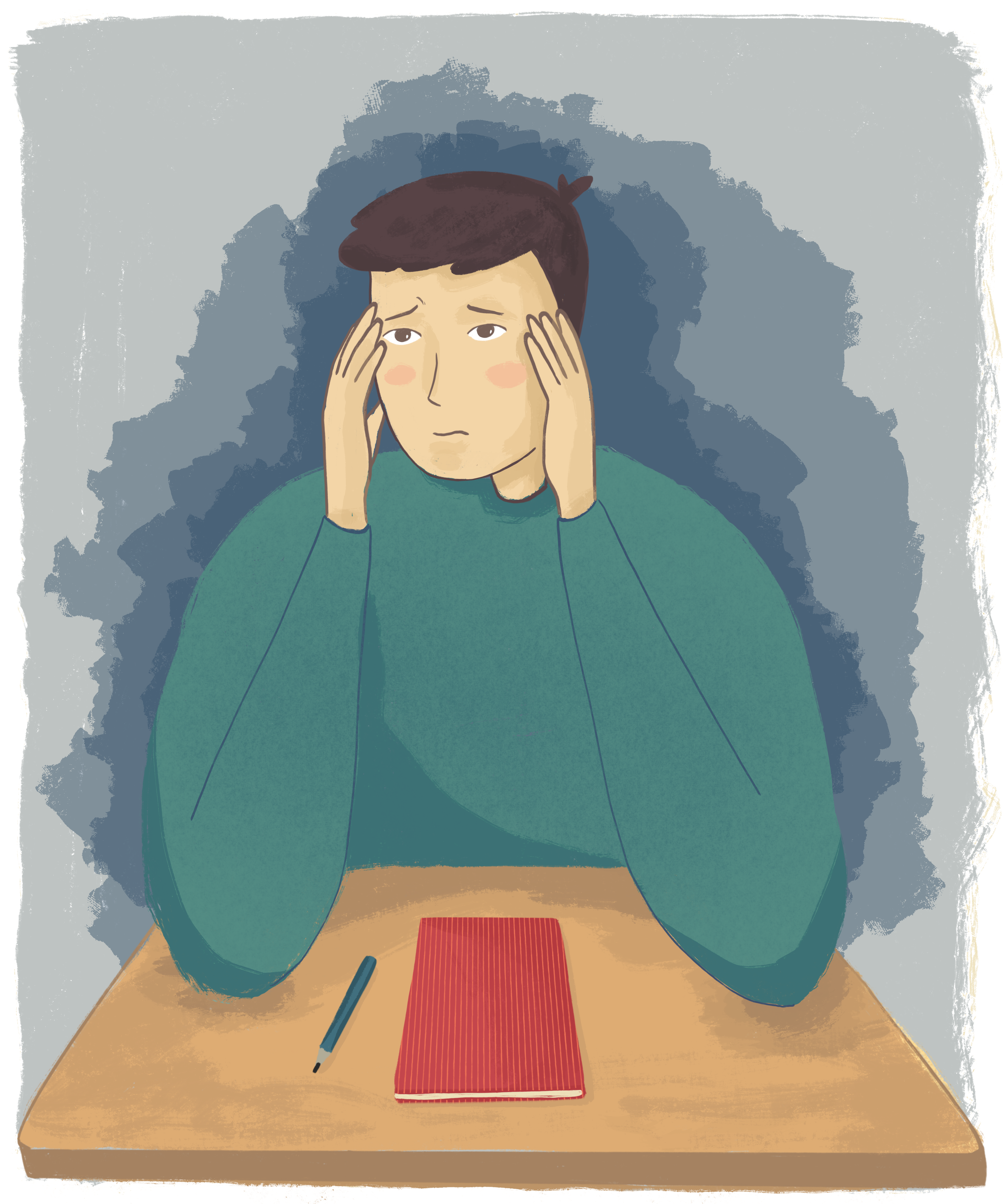 “Can I Change My Answer?”

So all week he tried to forget about it.

The answer wouldn’t go away.

Jack tried to distract himself with his phone.

Which didn’t work. The thought kept sneaking back.

He tried to make himself believe that the answer said something it didn’t say.

That didn’t work either. The answer was simple and clear.

He tried to ignore it.

Jack couldn’t dodge the answer, hide from it, outrun it, or tackle it into submission.

He told himself the answer didn’t make any sense.

This was true and not true. It didn’t make sense to his head. But it made some other kind of sense he couldn’t describe.

He was distracted Saturday during the football game against Bedford River and had only 10 tackles. He was so distracted, in fact, he didn’t even care that much that the game ended in a tie. The rest of the weekend skittered by crabwise. The days did not flow.

On Monday, just before Ms. Bergson collected the assignments, Jack grimaced and forced himself to ignore the answer that had been tormenting him all week and handed in the paper that said “Send the stew to Peru.”

Most students had turned in papers that were two or three pages long.

Keisha Thompson turned in a coil-bound report that was neatly tab-divided and as thick as all the other assignments put together.

Jack made a soft gagging sound. Inside, though, he was in tumult.

The scratchy feeling was overpowering. Ms. Bergson set the assignments in the homework bin on her desk, thanked the class, and was beginning the math lesson when Jack raised his hand, high. “Yes, Jack?”

“Can I change my answer?”

Ms. Bergson raised an eyebrow. “Of course.” She handed him his paper.

Jack unfolded it, scratched out what he’d written, and wrote down the two words that had tormented him all week.

He quickly refolded the paper so no one could see and handed it back to Ms. Bergson. His face flushed with embarrassment.

Jack shrugged his shoulders. He felt unbelievably stupid the rest of the day. What had he done? If anyone found out what he’d written, he was going to have no friends. He’d probably be kicked off the football team for being soft.

Yet way down deep, he felt good about his answer.

He just couldn’t explain why.

The story continues next week.